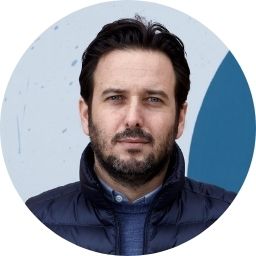 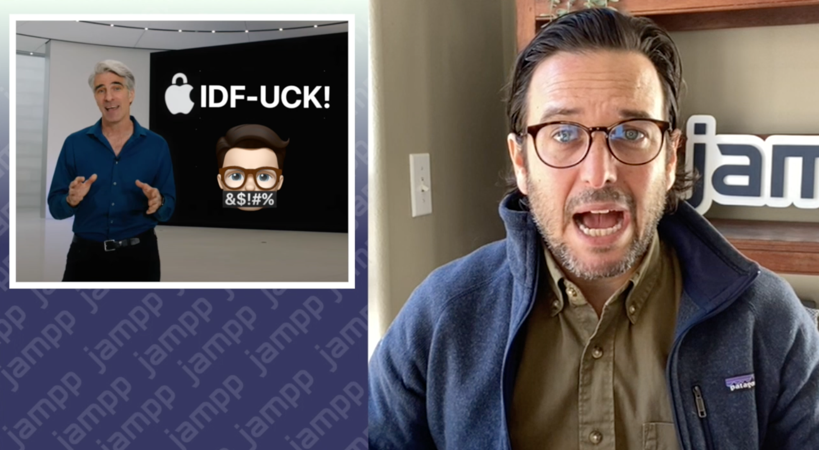 “A sense of humor is part of the art of leadership, of getting along with people, of getting things done.”—Dwight D. Eisenhower.

We had no way of preparing for what was about to happen in April.

Jampp’s culture was built around in-person events that celebrated our company values and shared purpose. We would fly around the world to make sure All-Hands meetings were mostly held in person and in one location. We even asked smaller remote offices to have all their people together in the same place as we broadcasted them. And, I must confess, we were generally against work from home policies. We thought in-person serendipitous interactions between people mattered (well, we still think they do). My co-founder Martin and I were (even though we’ve worked remotely for decades between ourselves) the startup equivalent of the two old men Muppets complaining about work from home “Work from home?! More like Netflix from home!”

Almost without warning, within a week or so, we sent our (close to) 100 people team to work from home. Luckily, 100% of our people can do their job as long as they have a computer and an Internet connection. I can’t be grateful enough for this.

And so the Corona lockdown era began...

Humor as a management style

Allen Klein, a pioneer in gelotology  (the study of laughter and its effects on the body—don’t worry, I also just learned this) once said:

“Humor can be one of our best survival tools.”

And starting (and running) a technology startup is a lot about survival, most in fact don’t survive. It’s a proper (kind of literal) roller coaster in which you face many (figurative) life and death events, there are ups and downs, there’s adrenaline, there’s screaming... and even the occasional puking.

In both my personal and professional life, I’ve consistently used humor to counterbalance the tough times. I think a life without humor is a life without meaning. Laughing is the ultimate release, it’s an actual physical reaction to something that makes you happy. You contract your diaphragm and emit involuntary (usually awkward) sounds as a reaction to humor.

Laughing releases beta-endorphins, a neurotransmitter produced in the pituitary gland that suppresses pain (yes, laughing is a natural painkiller!). Sometimes it even makes you cry, or in rare cases sneeze spaghetti through your nose (if this never happened to you, a) you haven’t laughed enough or b) you could also be celiac and not eat pasta much. I get it).

But also, humor sells and builds empathy. Teams will respond better to a leader that makes them laugh, potential customers will be more likely to buy from a sales guy that makes them laugh, and interviewees will be more likely to get hired if they make their interviewer laugh. I'm mostly basing this on anecdotal personal experience, but there's actual science to back it up if you're into that sort of thing.

I like bread as much as the next guy, but making it was never something I was interested in doing.

As it dawned on me that I was going to spend weeks (yes, hilariously, my April self was convinced that this was only going to last a few weeks) I started looking for a quarantine hobby. It had to meet a few conditions:

Then, another Jampper suggested: “you should do a podcast just having a casual conversation with other people in the industry while you get smashed”.

I immediately thought: “that is a terrible idea as I don’t want to make a fool of myself in public”.

But then the idea evolved “Hmm, if I only do it for Jamppers then I have less potential to make a fool of myself (that ship has long since sailed...) and they would pretend to like it as I am the person who signs their paychecks”.

The name of the show was obvious. As an ode to Seinfeld’s “Comedians in Cars Drinking Coffee”, “Jamppers in Quarantine Drinking Cocktails” was born.

The show, which ran for 12 weeks, consisted of a 2-3 minute monologue celebrating different people in the team and their achievements (always with jokes, of course) and then a 20-30 min conversation with 2 or 3 Jamppers.

“Drinking” was in the name of the show, so it was imperative my guests (and myself) showed up with a drink in hand.

The videos were only available to Jampp employees and I released a new episode on Slack every week.

Most recordings were done during weekends (people were locked up inside anyway), and I purposely avoided shop talk as I didn’t want people to feel like this was work. The chats were mostly about things we were doing in lockdown: new hobbies and reading/movie/series/game recommendations. We also recalled funny stories from our office days. I even had cameo appearances (?) from former Jamppers.

It was refreshing to talk to people in the team (some of whom I had never really talked to before) in their homes and to learn more about them. I like to think it was equally interesting for them to have the chance to talk to one of the company’s co-founders in a relaxed, informal setting.

The range of hobbies and things people did during the quarantine are fascinating, from (the more cliché) bread making and baking (this is a direct dig towards my co-founder Martin), to astronomy, yoga, playing the flute/guitar, meditation, singing, creative writing, and A LOT of gaming. One of our guys built a Millenium Falcon out of cardboard boxes, another spent 10 hours in a row playing an e-sports tournament, and two different Jamppers developed their own video games.

At the end of every conversation, I took questions. I made it clear that no question was off-limits. This often led to lengthy discussions about entrepreneurship, leadership, managing through a crisis, and even how to deal with anxiety and depression (most of these didn’t make it to the final edits; the point was to talk, not necessarily to broadcast it).

For those of us with small kids, the inevitable video-bombing became a staple of the show, so I decided to just embrace it and make my kids participate a few times. As a result, my 5-year-old now tells people “My dad is always doing his poscad”.

After 12 episodes and over 35 on-screen guests I decided to stop for a few weeks and expand the format by having chats with entrepreneur friends. (UPDATE: This is now out and we made it public! 👀)

The inevitable bit about learnings

I struggled to decide if I was going to publish this because blogposts on “my experience doing x, y, z during lockdown” seem to be the most abundant resource in the startup ecosystem. Nevertheless, after long discussions with myself, I decided to go ahead anyway. Mostly because I haven’t come across other CEOs doing what I did (a video podcast exclusively for employees and not for marketing purposes).

All in all, the experience was amazing and eye-opening. I encourage all founders and/or CEOs to do some version of this, even if it’s just having random conversations with team members they don’t usually talk to.

So, here are few things I learned, which I think are applicable to any podcast or any content you share, both internally and externally...

#1 You have to do it yourself 👨🏻‍💻
I actually edited every episode myself on iMovie, it became my quarantine hobby. I’d spend 2-3 hours after dinner a few times a week editing and choosing the best bits and putting it together. It was oddly relaxing.

#2 Those jokes don’t write themselves 🃏
In the first couple of episodes, the monologue was quite improvised (and so was the result), but then I started writing the scripts beforehand (and getting material and feedback from other Jamppers). I also had a Jampper help out with graphics for the “Late night monologue” section. Towards the last episodes, the delivery was a lot more natural and the flow of the show was much better. No wonder late night shows have actual teams that do this.

#3 Ruthless Editing ✂️
The secret to entertaining content is not about adding stuff, but about getting rid of stuff. My “interviews” lasted between 45 and 90 minutes but the edited version was always under 20 minutes.

#4 Don’t do live stuff 🎬
There are far too many live things going on these days and it’s hard to get a good audience, not to mention the potential of having a dull experience for everybody involved. A recording gives you far more flexibility. You need to let people talk and provoke “good moments”, it’s important to warm them up and make them feel comfortable. The alcohol definitely helps.

It’s not expensive to make a video look professional. I find it tragic that so many videos of the Corona lockdown era have such poor image and audio quality. It took me a bit of trial and error, but by episode 3 the show looked and sounded almost like the real thing. These are the most basic things you should get:

Also, when interviewing people on Zoom, make sure they also comply with basic audio and light requirements. Using a basic iPhone headphone and the right light behind the camera makes all the difference.

Is it a blogpost without an inspirational conclusion?

The pandemic has been a weird, unprecedented, painful, stressful time and we all had to find ways to release anxiety and get on with things. I found that shooting Jamppers in Quarantine Drinking Cocktails served that purpose. It was also one of the most rewarding things I’ve done since running startups. I loved every minute of it and will keep doing similar initiatives in one way or another.

Also, it helped the team feel connected to one another and in touch with leadership. People got to learn more about each other and me. Moreover, they could show their loved ones and families an unusual window into what it’s like to work for Jampp.

Finally, if this adtech thing doesn’t work out, I can now add “Late Night Show” host to my Linkedin profile. Here’s a demo reel in case you know any producers...