Thiago Felix, our Head of Sales LATAM, sheds some light on this region’s vertiginous growth and how advertisers can leverage it 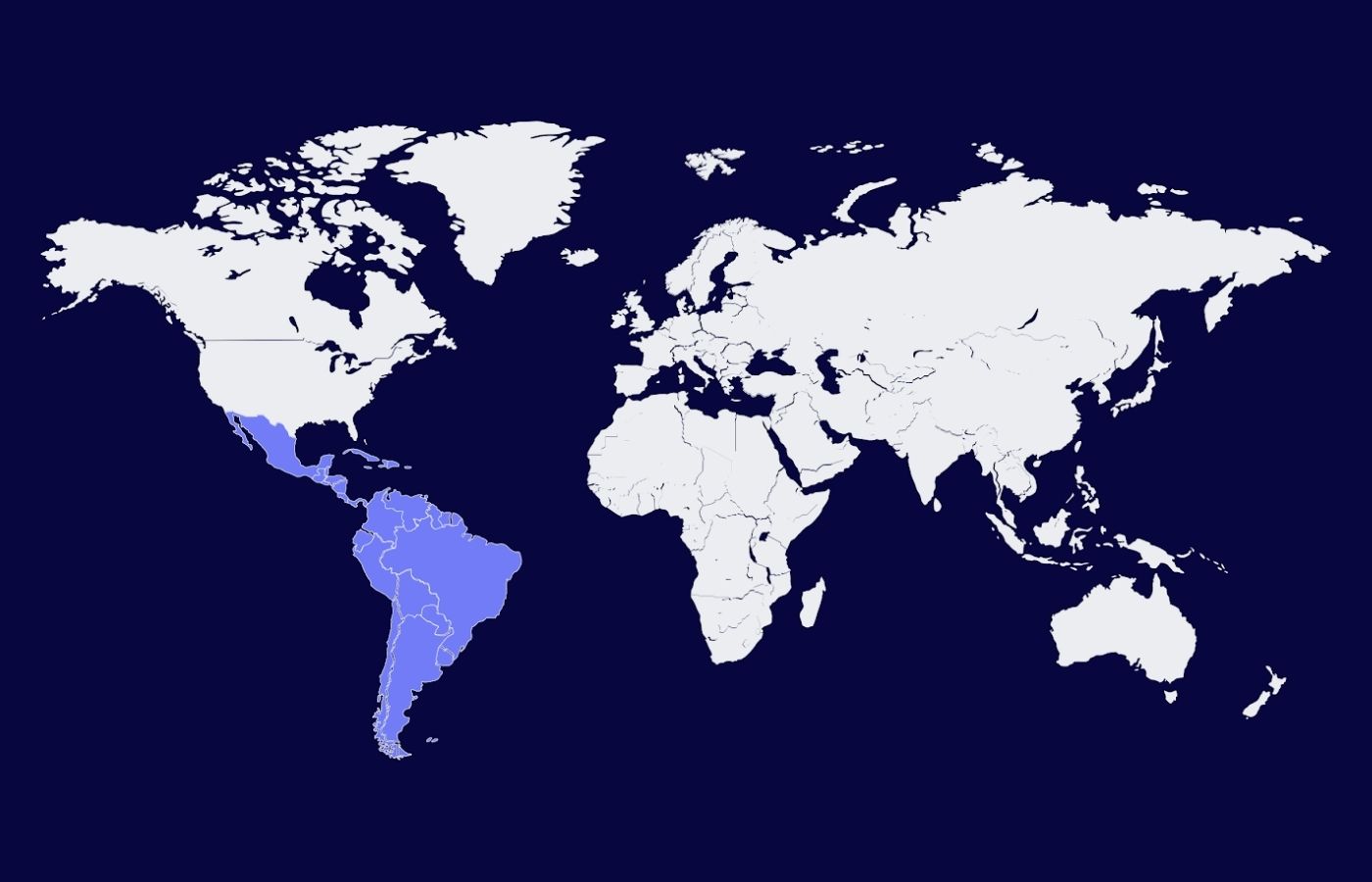 Jampp’s Head of Latam, Thiago Felix, sheds some light on this region’s accelerated growth and how advertisers can make the most of this opportunity.

This time, Latin America has really hit the target. Smartphone penetration currently stands at 62%¹. Mobile app installs will surpass 5 billion (at a total ad spending of $6.8B)². And this year, m-commerce in Latam is expected to grow by 36.3% compared to 2018³.

Latin Americans have rapidly incorporated the world of on-demand into their everyday lives. But this multifaceted market has gotten to be so competitive that engaging and retaining those app users has become a real challenge for growing brands.

As the second-fastest-growing market for mobile subscribers, Latin America has welcomed mobile marketers with open arms. Popular apps in this region are, in many cases, similar to those in APAC or EMEA, and their efforts are mainly focused in Latam’s two largest economies: Brazil and Mexico, which currently make up 55% of total mobile app users.

This market still stands as a tough battleground combining both startups and large players struggling to scale their operations. Moreover, each Latin American country has unique traits, such as user behavior, culture, and language (Brazil, the largest country in the region, speaks Portuguese as opposed to the rest, where Spanish is preferred).

To learn more about Latin America’s potential for on-demand marketers, we asked Thiago Felix, Jampp’s Head of Latam, to share some key industry insights with us.

Thiago Felix counts with over 10 years of experience in the digital industry, previously serving as Regional Sales Director for Latam at Criteo. As Head of Latam, Thiago is focused on fostering the use of programmatic buying across the region, as well as the implementation of transparent and efficient campaign executions.

He is currently based in São Pablo, at the heart Latam’s booming app economy.

You have been working with marketers in the Latam marketplace for over 10 years now, but the digital industry is constantly evolving. When it comes to mobile apps, what verticals experienced the fastest growth in the past year? How do you think this affects the mobile app industry?

We have seen a significant increase in later-stage venture capital funding in the region (SoftBank being the most notable case), and on-demand getting the lion’s share of that money. This reinforces the need for programmatic technologies to scale and focus on providing not only the best in class services, but also tailor-made products and features designed to deal with the specific challenges of this vertical: balancing supply and demand, generating user habits, and engaging users at the right moment (and the right place — geo-location is key for on-demand!). Moreover, as these companies are growing so fast, transparency and granular insights are key for them to learn and adapt as they grow.

Many ride-sharing and food delivery players have taken a multi-market approach ranging from Mexico and Peru to Argentina and Brazil, in most cases driving unparalleled success. These are highly competitive regions where advertisers seek strategic relevance to quickly adapt to market challenges while substantially increasing their customer portfolio.

Why do you think the on-demand category has become so popular in Latin America?

For example, in the case of ride-hailing and ride-sharing apps, there are a few factors at play. The broad income gaps between drivers and app users help create the balanced supply and demand ecosystem that fuels on-demand services.

In many Latin American countries, the population is mostly concentrated in a few cities which, combined with saturated public transport systems and traffic jams, have been driving the need for alternative options that offer greater mobility and security advantages.

I think in many cases, these apps have been covering the gaps where public services and infrastructure have fallen behind.

In the case of food delivery, most Latin American countries had a strong food delivery culture before smartphones. In Argentinean cities, for example, having ice-cream delivered to your house after dinner has been popular since the late 1980s.

Smartphone users are expected to represent over 52% of the Latam population by 2020³. These potential customers are relying on technology more than ever before. Users are now beyond familiar with taxi and food services, they love the flexibility these offer, and they’re demanding this ease of use for other services too.

What challenges can advertisers expect from Latam markets?

Latin America comprises a number of challenges. There was an initial reticence to online payments. Many countries in the region still have a cash-based economy, and users were wary of uploading personal credit card information. However, while most apps had to include a “pay cash” option (incidentally, it was one of the only places where you could pay Uber with cash), we are seeing that the user mindset is evolving. This change has been aided by growing apps like Mercado Pago, Nubank, Rappi, and banks like Itau, which are developing more advanced apps.

Even though many companies have started adopting fully-programmatic services, the use of CPI re-brokering ad networks is still widely spread in Latin America. One of the main problems with them is that they are being paid on a CPI and CPA basis. This creates incentives to trick attribution, which makes the results look good in terms of effective CPI/CPA, but there is no real incrementality (or in many cases, no app installs at all). Fraudulent metrics, re-brokering, and overall lack of transparency significantly undermine brands’ ROI. Even when brands want to make the switch to programmatic, they need a trustworthy partner with the right technology to bid and optimize cost-effectively.

Finally, an often underestimated challenge is language and cultural differences. Sometimes it is assumed that it comes down to Portuguese and Spanish, but standard Spanish won’t do the trick for every country in Latam. Nowadays, users demand relevancy. They expect brands to speak to them specifically. When targeting different cultures such as Mexico, Peru, or Argentina, copy should be adapted to effectively resonate with each audience. Otherwise, marketers risk featuring expressions, idioms or jokes that are far from conveying the intended message (certain compliments in Mexican Spanish may sound like an insult in Argentina or vice versa, for example).

With great growth comes great competitiveness. How can advertisers really stand out from the rest?

Making a real impact against competitors takes a strategy that covers the entire consumer life cycle. Strong branding efforts are not enough for building a loyal user-base. Retargeting is a vital component. When apps are at constant risk of losing customers to competitors, it is not so much about winning new users as it is about re-activating and continuously re-engaging pre-existent ones.

Marketing with a full-cycle focus is the only way to get ahead of the competition and drive long-term growth.

#1 Think programmatically. According to data released by Appsflyer earlier this year, Hyper-Growth Markets are hyper-targeted by fraudsters, and Latam is no exception, especially when it comes to Brazil.

The increasing need for higher transparency and control has been a big driver in the transition to 100% programmatic marketing. Gaining full visibility over where creatives are shown and getting in-depth insights into campaign results has made a real difference for brands like Uber and Rappi, and many are following suit.

#2 Measure, optimize, repeat. Measurement goes beyond attribution. As in any business, you need to know what is driving your revenue. Marketers must have a smart attribution method that prevents overlaps and cost inflation, but it’s also important to have clear metrics across the board to understand the real lift of each channel. At Jampp, we recently launched Always-On Lift Measurement so advertisers can scientifically measure campaign lift continuously, at no additional cost.

#3 Leverage sports and special dates! Football is huge in the region and smart brands regularly make use of finals and matches between the most popular teams to engage with their users. Special dates have also been growing steadily in the region, including Black Friday, Cyber Monday, St Valentine’s… In Brazil alone, Black Friday retail sales grew from $282M to over $584M in the past five years⁴. Running themed ads around these dates is a key way of showing users that the messages they’re seeing are current and relevant.

#4 Don’t underestimate the differences between the diverse Latin American markets. Each country interacts with apps in its own way: product preferences, time of usage, and overall in-app spending are expected to vary. It is important to understand the unique characteristics of each market before choosing the right combination of strategies, product features, and creatives. And again, remember to customize ad copy using each country’s local expressions and idioms!

#5 Seize the moment. As programmatic is still relatively new in the region, CPMs tend to be lower than in other markets. The average CPM is three times lower than in the US. Advertisers leveraging programmatic traffic today can access new users with cost-effective auctions.

At Jampp, we’ve been working with the biggest on-demand brands in the region, developing customized features designed to tackle the specific challenges advertisers face.

You can read more about our latest products like Always-on Lift Measurement on our blog, or Schedule a Demo to see our growth platform in action. 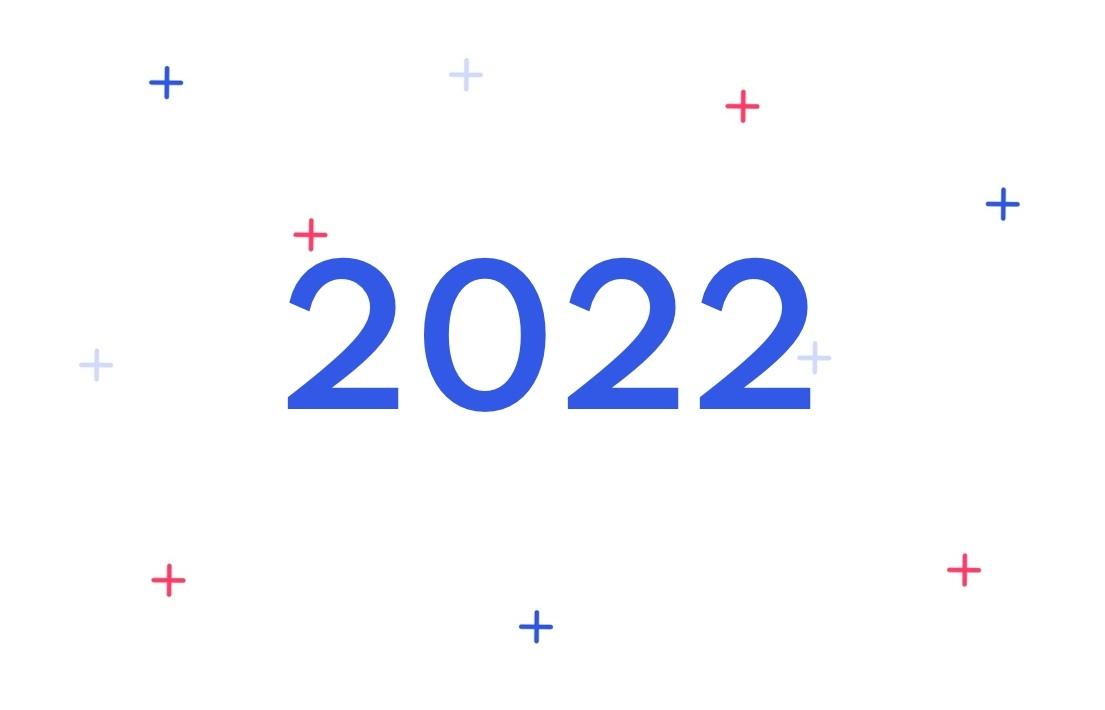 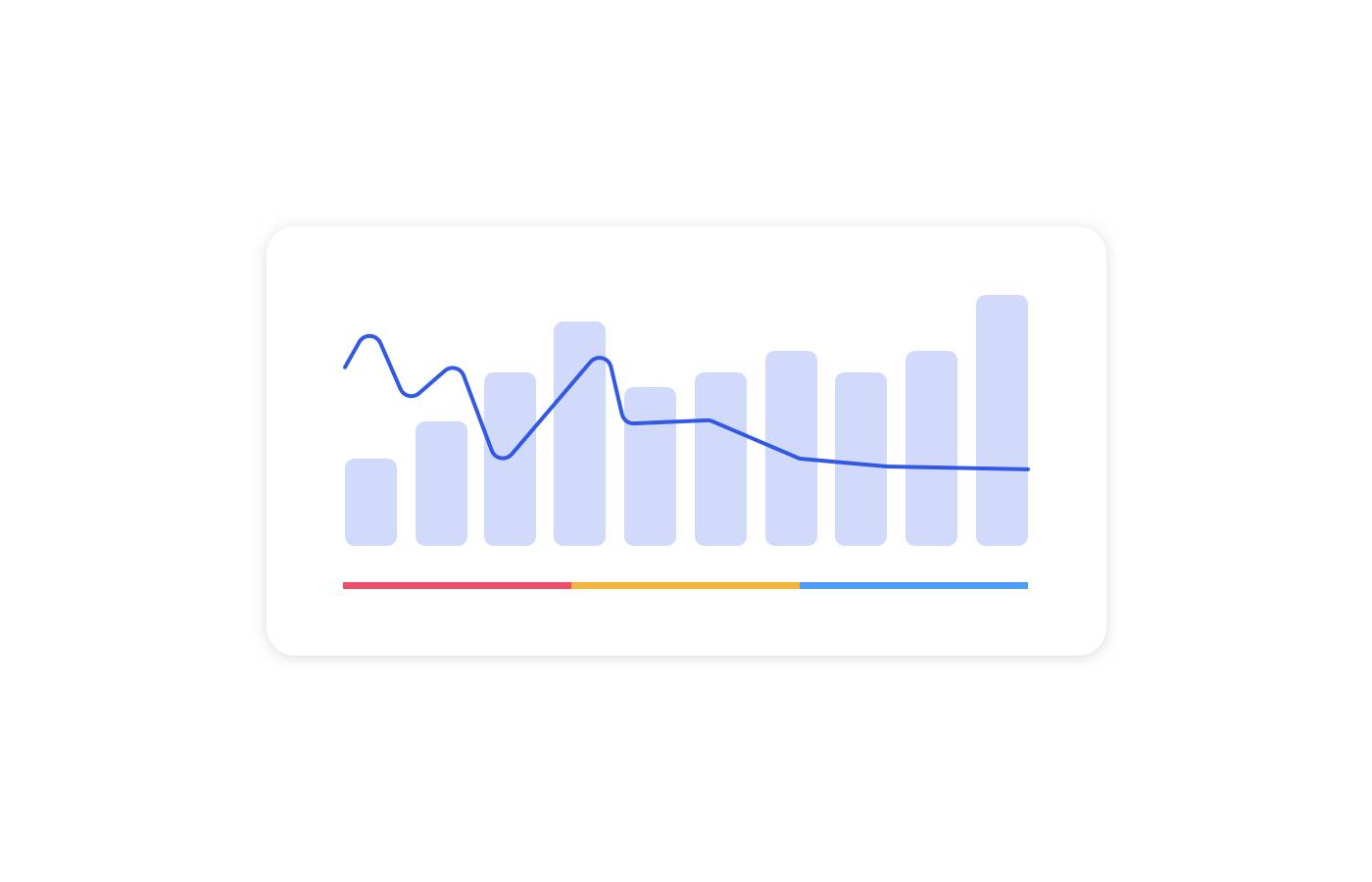 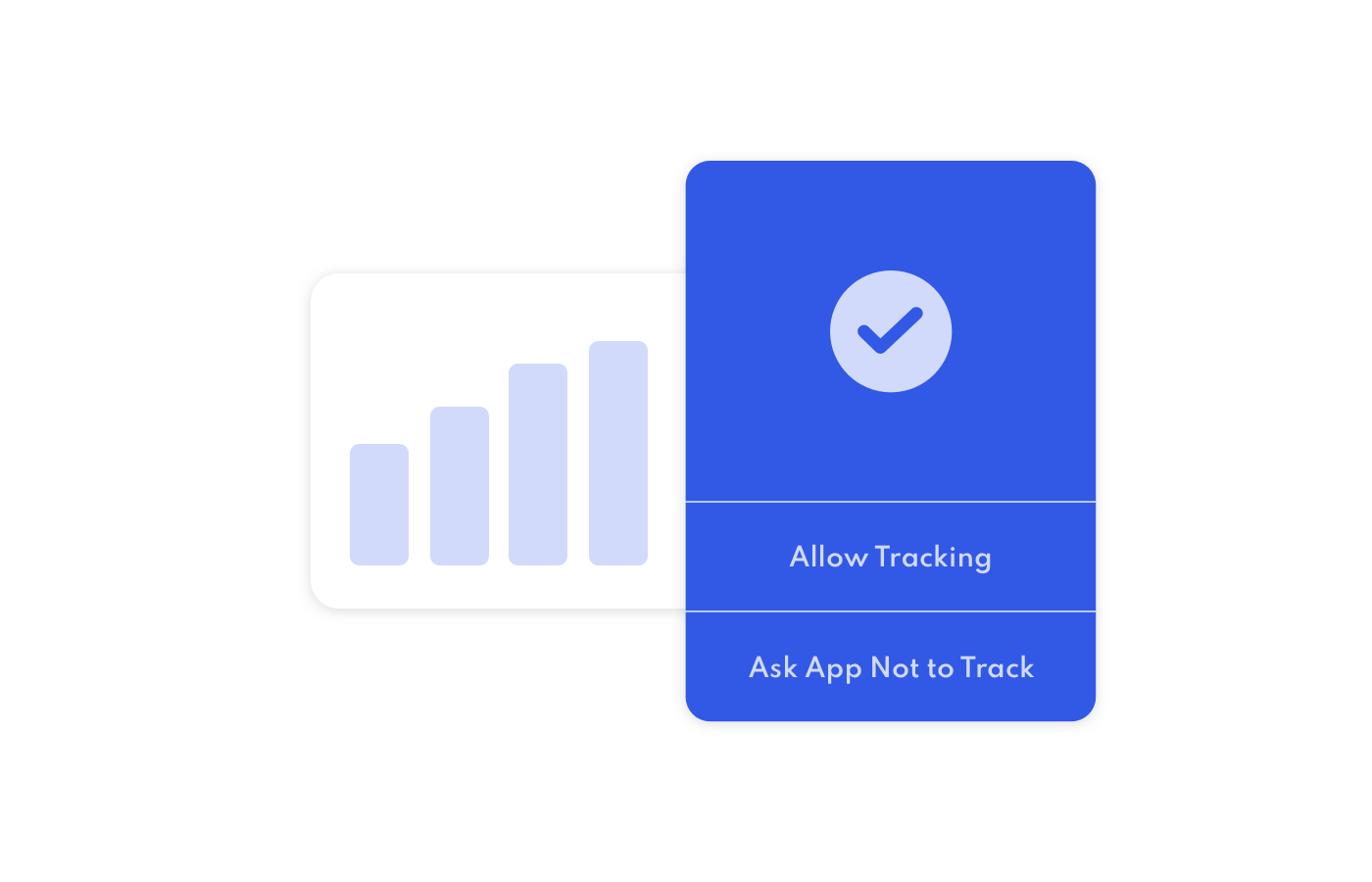