How Video Streaming apps are driving growth on Halloween

Get to know the latest Halloween initiatives from leading Video Streaming apps, as well as some strategy tips for your growth campaigns 🎃👻. 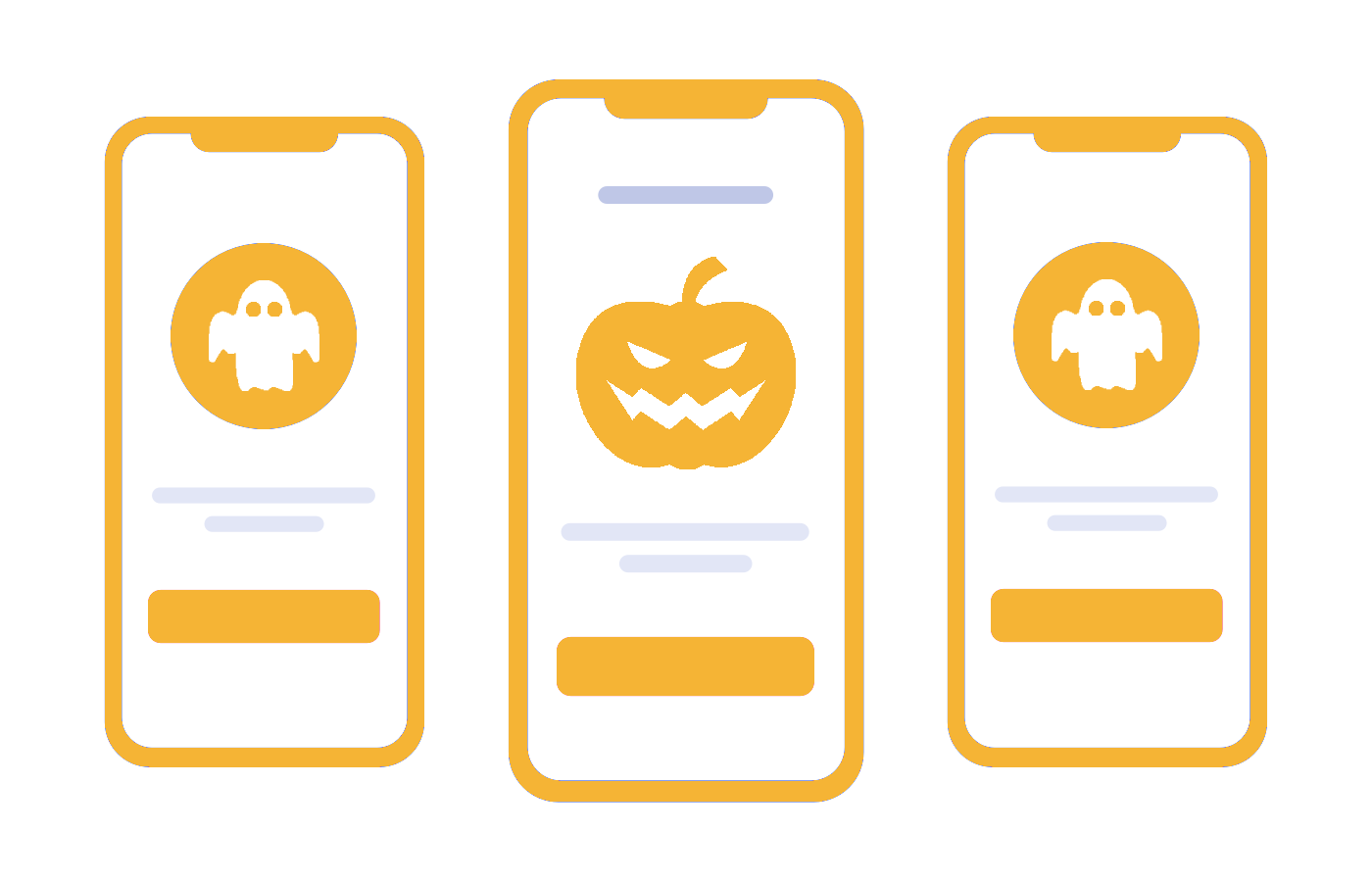 NRF’s annual survey states that 69% of consumers are planning to celebrate Halloween in 2022, with a projected spending of $10.6B[1], making Halloween one of the biggest events of the year.

How Video Streaming apps are competing for eyeballs

With the increase in competition, big players within this industry have been diversifying their content to appeal to users’ diverse preferences and interests—and that’s where Halloween content comes into play.

A 2021 poll by CBS News’ showed that about 50% of Americans enjoy watching scary movies, and that percentage grows to 70% across younger people (under 35)[3]—but Halloween films and series are not all scary. Video Streaming apps understood this early on and have diverse content to bring in new viewers and increase viewership from existing users.

How are these apps leveraging Halloween?

How can this creativity be used for effective mobile marketing campaigns?

Stage I: The hype

During this period, user interest sees a gradual increase, with consumers starting  to search for Halloween-related movies as early as September. Video Streaming apps can fuel this interest with teasers and mobile ads promoting the above-mentioned Huluween, Hallowstream, Streams and Screams or Peacoktober selections. By sharing the lineups and upcoming release dates for the Halloween-related series and movies they can start capturing that early interest.

This is the moment to capitalize on apps content team’s efforts to bring in new subscribers and drive up viewership from existing app users. As interest in horror and Halloween movies remains high throughout the entire month, there are plenty of opportunities to A/B test different ad variations and identify which elements resonate the most with Halloween fans.

Some brands choose this period to offer special, limited-time discounts to bring in new users; while others focus on promoting their new releases and retargeting viewers with the new content to show how they keep their content fresh.

Pro tip: periods of high interest and content production are great opportunities to combine user acquisition and retargeting strategies. This way new viewers are engaged to make a habit of tuning in to see what’s new, and existing subscribers can be re-engaged with movies and series they haven’t seen.

After Halloween, advertisers can win the attention of new and returning fans with retargeting ads that promote the most popular horror-related content, or the movies and series users might have missed.

Pro tip: These ads should be different enough from those of Stage II for  users to realize that it’s not outdated Halloween creatives that they’re seeing but rather new content they can engage with.

Use case: Hulu, for example, had the right idea with their post-Halloween ads. After investing in the promotion of Huluween, they were obviously keen to keep horror fans on the hook even after October had ended.

Contact us to learn how Jampp can help you grow this Halloween Season—now’s the perfect time to set your goals, fine-tune your creative strategy, and start driving growth for your Video Streaming app.