Rapido and Jampp work in tandem across the complete customer lifecycle

The leading bike taxi app Rapido partnered with Jampp to drive growth across the full user journey, from discovery to re-engagement. 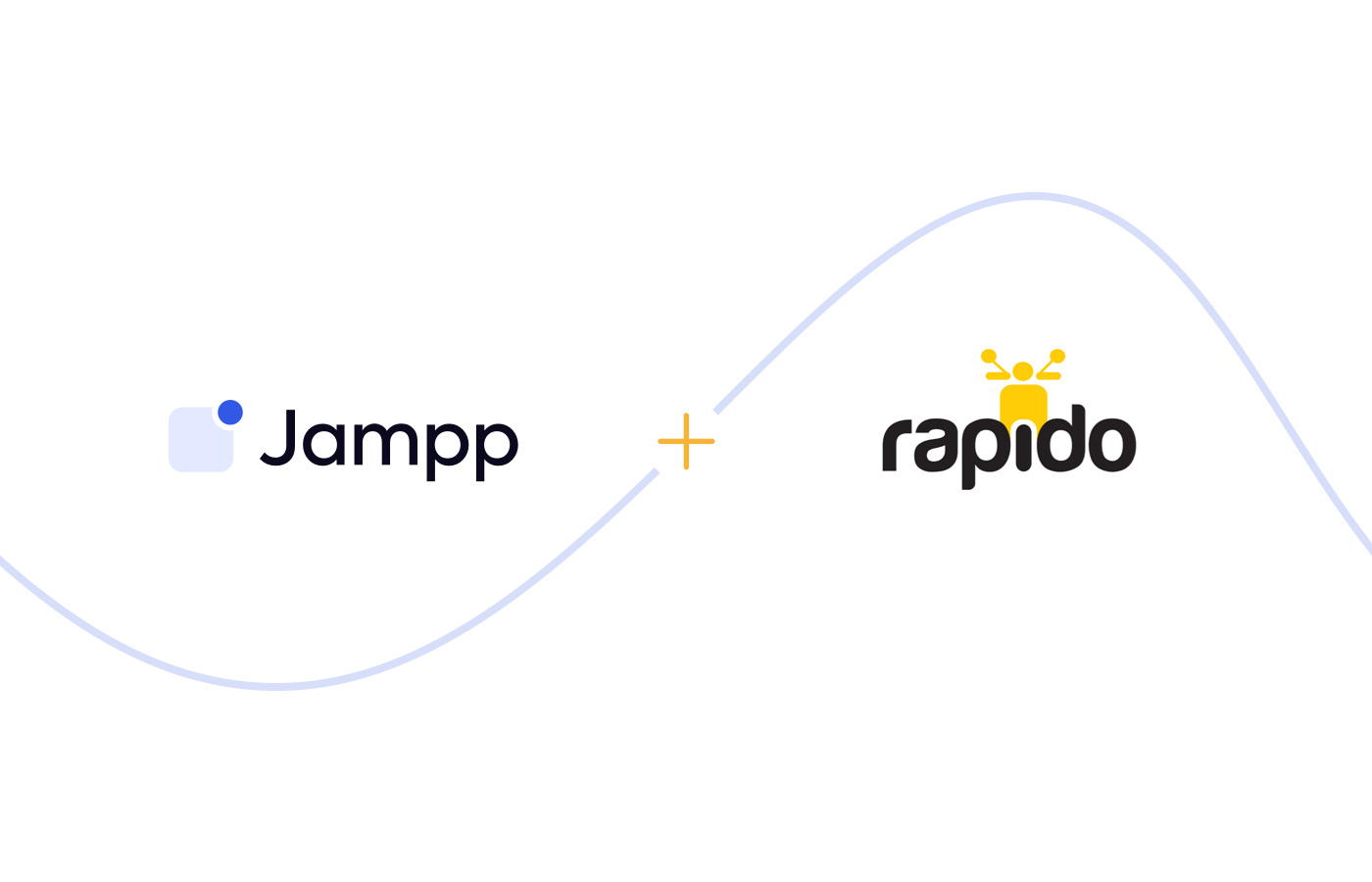 The leading bike taxi app Rapido partnered with Jampp to drive growth across the full user journey, from discovery to re-engagement.

How two-wheelers are changing commuting in India 🇮🇳

A recent study indicated that Mumbai’s traffic jams are actually the worst at a global scale (and New Delhi follows close ranking as #4).

Congestion statistics during morning and evening peaks for workdays

Commuters lose an average of 27.5 minutes per 30 minute trips every day on extra travel during peak hours1. Keeping this in mind, it's easy to understand the appeal of alternative transport means that minimize transit hazards at an affordable price.

The presence of taxi bikes and scooters has increased significantly in cities around the world. As a result, the global bike taxi business has doubled over the past years, reaching 66,000 vehicles in 20192. The Indian market has certainly contributed to this trend, with bike taxi apps registering over 4.8M users3. Moreover, the two-wheeler sharing market is forecasted to reach $94M by 20254📈.

Bike taxi apps in India are based in the southern region, in cities such as Bengaluru and Hyderabad, where travel startups originally started their operations. These innovative transport solutions are expected to hit the eastern region as they expand their reach across the country, increasingly being financially backed by top investors to drive further success.

Rapido is a platform that enables solo commuters to book rides to and from the destination of their choice through the mobile app Rapido Bike. Founded in 2015, the Bangalore-based company focuses on making commuters’ daily travel faster, affordable, and safe. It also provides a viable option for two-wheeler owners looking to earn some extra money by becoming riders, or ‘Captains’.

Besides helping fight traffic, Rapido Bike reduces carbon footprints and constitutes a cost-efficient solution in which safety is a top priority—insurance is covered in all rides, and all the captains are verified professionals.

As many apps in the on-demand economy, it was vital to implement a precise geotargeting strategy to ensure they were targeting and engaging users in the cities where the product was available. Additionally, Rapido sought a partner who could quickly identify key user trends as they grew, and use those insights to further fuel growth.
Rapido partnered with Jampp to expand and engage its customer base in India, with increased control and visibility into campaign performance and development.

“Jampp helped us drive growth through the entire user journey, from discovery to re-engagement. They have proven to be an instrumental growth platform for us, offering scale, transparency, quality, and great service across our User Acquisition and App Retargeting strategies.”—Sounak Mondal, Affiliate-Programmatic-Remarketing Specialist.

Rapido understood early on the importance of having a comprehensive growth strategy, retargeting new users from the very beginning to ensure long-term engagement.

Many marketers working on growing their user bases tend to focus solely on User Acquisition. However, with ambitious goals and increasing competition came the need for a different approach. Rapido leveraged retargeting, not only to activate dormant users, but also to engage new customers and generate regular booking habits. By combining both strategies, Rapido benefited from seamlessly integrating Jampp's features to meet business needs across the complete customer lifecycle, from discovery to re-engagement.

Finding the right users: letting the machine do the work 🤖

Rapido secured top performance by implementing Jampp’s Predictive Audiences to find which users to target, with which ad, and at what price with algorithmic accuracy.

By partnering with Jampp, Rapido was able to grow in key Indian cities, incorporating new customers while re-conquering lapsed users at a 112% lower CPA. To further improve campaign performance, Rapido also leveraged Jampp’s Predictive Audiences, an advanced targeting feature that secured a higher amount of First Ride bookings at a faster rate than those not associated with Jampp.

Take a look at some of the other companies we’ve partnered with, or contact us to see our full growth platform in action.