The Inconvenient Truth about View-Through Attribution 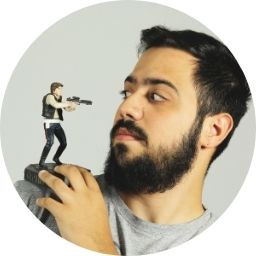 Ad impressions have value. With the advent of in-app programmatic inventory, performance marketers found that View-through Attribution (VTA) allowed them to have a better understanding of which impressions influenced app installs and in-app conversions, this ultimately resulted in a more efficient allocation of marketing budget.

Without VTA, advertisers were potentially blacklisting “good” channels / placements (placements that generated conversions) because they had no attributed clicks, making good publishers or variables seem worse than they really were.

The truth about VTA…

VTA does not replace or hamper Last-Click Attribution (LCA), the two attribution models work in conjunction to give advertisers a more complete and accurate picture of an ad’s performance. The last measured impression will receive credit for an Install/Event, only if no click was detected within its attribution window.

The real issue is how quickly the industry adopted the “standard” VTA window. In other words, View Through Attribution is not a one-size-fits all, but it’s treated as though it were. The industry standard sets VTA attribution windows at 24hs, when in most cases, it should be shorter.

Simply put, if the attribution window is too long, advertisers are potentially cannibalizing organic activity (app events that are probably not a result of viewing the ad).

After a certain point, the causal effect of seeing an ad becomes statistically insignificant. While it is true that there are installs/ in-app events within 24hs of the ad impression, which can accurately be attributed to the viewed ad impression (i.e. valid VTA app events), in general there is a substantial drop-off after a 6–8 hours. Does this mean the standard should be 8 hours? No. The issue is not (only) the window length, but also assuming it can be the same for every app.

We have identified a couple of factors which affect how accurate VTA measurement can be over time:

VTA Variations based on Brand Awareness

For most apps, VTA analysis will show the highest number of installs / in-app events within the first few hours. After that, there is a “drop-off” or rather a decrease in the number of attributed events in the subsequent hours which can be more or less pronounced.

On new, less popular apps, the drop-off tends to be more abrupt, while apps with a high, steady inflow of users (and a higher level of brand awareness) will see a flatter longtail in the 18–24hs because of the sheer amount of users seeing the ads.

Testing the small user base theory with a Jampp-made app

At Jampp there was some skepticism about the impact an un-clicked ad impression had on in-app events and installs and we struggled with ways of creating an effective test. So we decided to develop our own app as an experiment. This app was not just a “small new app”, it’s an app we built from scratch for the sole purpose of testing View Through Attribution and the impact of ad impressions on conversions.

We created it from scratch because it was the only way to ensure:

We published the app on the Google Play store and started running ads for it.

The results were truly eye-opening.

28% of users installed the app after seeing the ad, even though they didn’t click on it. The results showed that VTA, in conjunction with Last-Click Attribution (LCA), adds valuable insights and deeper accuracy to the app marketing measurement efforts but, most importantly, it shows that ad impressions (even when not clicked on), have value.

We also realized that some publishers were better at generating installs through impressions and others via clicks. We would be missing out on good publishers if the platform only used clicks to optimize.

In this case, we could make the attribution window as long as we wanted to, because there was no risk of cannibalizing organics (the app had no organic activity as nobody knew about it except the users who saw the ad). Every install we see in the graph below can be accurately attributed to viewing the ad.

The experiment showed that , there is still a percentage of valid (non organic) installs coming through VTA after the first few hours of an ad being shown. If the app is not investing largely on other advertising channels (which might influence the results) it makes sense to have a larger attribution window, as a larger portion of the “long tail” will still be properly credited to the mobile ad impression.

If your branding efforts paid off…

The chart below shows the results for one of our advertisers’ apps in the same time period.

Although the results may (and will) vary from app to app (and potentially by vertical/ creative) in general, we’ve observed flatter long tails for well known apps, which makes sense as they receive a steady inflow of new users from other marketing channels (which have nothing to do with the mobile campaign).

In conclusion, since apps with higher levels of brand awareness are likely advertising through other channels, the added value of a larger attribution window will probably be diminished by the increased risk of cannibalization. Popular apps should use smaller attribution windows.

Finally, different ad creatives impact the size of the attribution window too. The drop-off observed in View-Through Conversions for Video Ads tends to be more gradual than for Interstitial Display Ads. This is probably due to the fact that Video Ads allow advertisers to:

Why aren’t more people talking about this?

Large part of the industry is still trying to explain the value of VTA, rather than exploring the best way of doing it. We know VTA has value. We also know VTA windows vary per vertical/ app popularity/ ad formats.

Facebook and Google were in part responsible for setting the standard, although initially they tried a much more aggressive window. As of March last year Google changed its VTA window from 30 days to 1 day, so both Facebook and Google now have default attribution windows of 1 day for VTA and 28-days for Last-Click Attribution. The industry followed suit and it’s now the general default on most platforms. Both Facebook and Google allow advertisers to change the default settings, but windows can’t be shorter than 1 day.

Ultimately, Demand Side Platforms (DSPs) and agencies potentially stand to gain from extended VTA windows, because using extended windows allows them to charge advertisers (or at least be measured in terms of conversions/quality) for activity that could (most likely) come from organics. If a DSP is charging advertisers on a install/event-basis, passing organics for paid media increases its billings.

Aside from having a more “optimal” VTA window, ideally advertisers should work with a pricing strategy where DSP and Advertiser incentives are aligned.

Each app is different and therefore needs to be treated individually. It’s important to find the most suitable attribution window in order to minimize cannibalization of organics while giving publishers a fair chance to participate in the value they’re adding to campaign performance.

At Jampp, we have been testing performance across different variables (verticals/ creatives/etc) and we are convinced that customizing VTA windows for each app is the best way to ensure that by using VTA we are providing a more accurate and actionable measurement for our advertisers.

But in order to fix the issue, advertisers should be able to apply the right VTA window for their apps with all their supply partners, thus ensuring consistent measurement.

We believe the industry will adapt. Speaking with Adexchanger, Toby Roessingh, a quantitative researcher in Facebook’s Marketing Science division and manager of the attribution partner program, recognized that longer windows potentially allow for “coincidences.”

“The longer the window, the more room you allow for coincidence,” Roessingh said. “But the fact is we have millions of advertisers buying ads on Facebook and it’s hard to make a blanket statement about what length of window is appropriate across the whole landscape. This is why advertisers should work to understand how their customers respond to their advertising and assess their approach to attribution against experiments.” Tony Rossiegh for Adexchanger.

In summary, we encourage you to study what is the right attribution window for your app and work with a pricing strategy where the DSP’s incentives are aligned with your own.